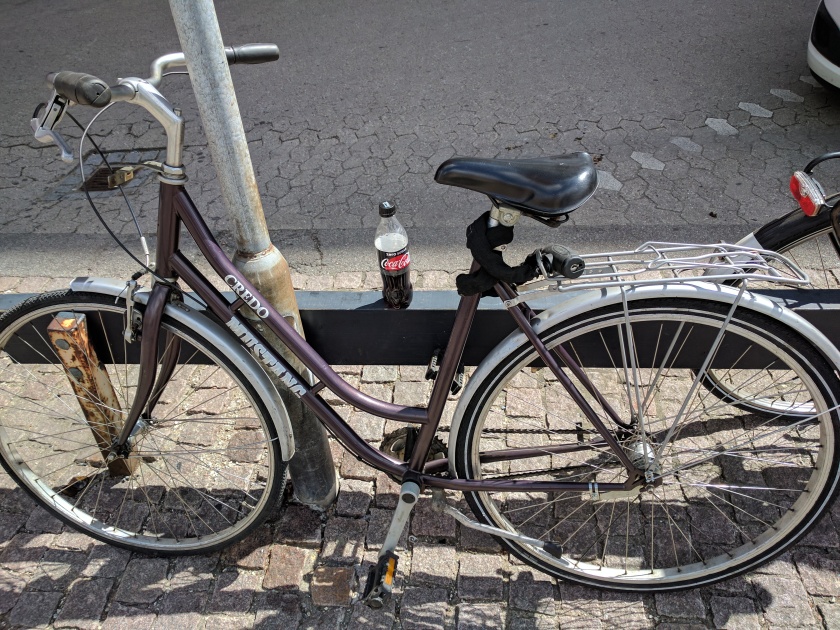 The basic design of the bicycle has not changed in over a century standing testament to its perfected form. Pure mechanical efficiency. The type of stuff to stir my inner nerd. The first thing I did in Copenhagen after settling in my dingy Airbnb was renting a bike. The only bike available looked rickety and uncool but the shop owner assured me it was a good one through a thick middle eastern accent. I had no choice so I obliged. Five days of two wheeled freedom set me back by 300 DKK or about 45 USD. Just me, my lame looking 3-speed bike with a broken kick stand, and Copenhagen.

You have to forgive me for thinking the bike was lame. The form just did not fit with my American sensibilities. As a kid I would have gotten my ass kicked for rocking that thing. But god damn the function was on point. That shitty looking bike just worked. I clicked through the three gears with purpose and flew through the streets. It was a case of function over form. Something inside of me tells me there is a 50/50 chance that that bike will outlive me.

I don’t know how to go about conveying how the city is a cyclists wet dream. The biking infrastructure in Copenhagen is exquisite. Every single thoroughfare has a separate grade biking lane. Cyclists queue in orderly lines and obey dedicated bicycle-centric traffic signals. Cars have a magical awareness devoid in American cities that bicycles coexist on the streets.  I am at a heartbreaking loss that this model cannot be adopted in every other city in this world.